Purchasing hay for livestock is one of the most costly of all the never-ending expenses of farm life.  Running a tight ship on minimal cost is a challenge.  Purchasing hay from local feed stores is a sure way to pay more than one may want.  There are other avenues worth checking into.  Every feed store has a bulletin board.  Most likely there will be ads from local hay farmers advertising their hay for sale.  This will assure at least a couple dollars less per bale.  Asking farming friends where they purchase their supply is always a good idea, this PFO found her hay man this way.  It always pays to ask questions!  Another great way is to drive around the backroads of home.  Many times hand-painted signs are tacked upon fences advertising hay for sale. 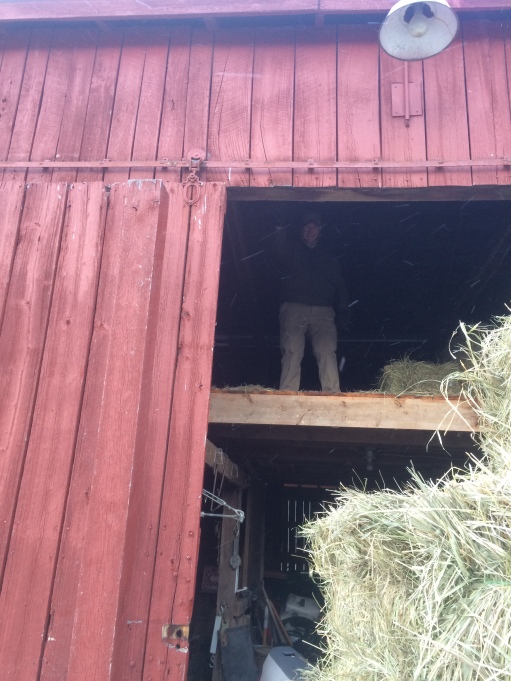 Asking a farming friend helped this PFO find a hay farmer.  See him waving at the camera!

Thank goodness for Father Harry (FH), as he must travel often to pick up the needed supply.  The barn holds only so much.  But as anyone who knows farmers know how much they enjoy standing around talking about weeds, weather, feed, gardens, tools, etc. after work is done, makes this errand more of a social event than work! 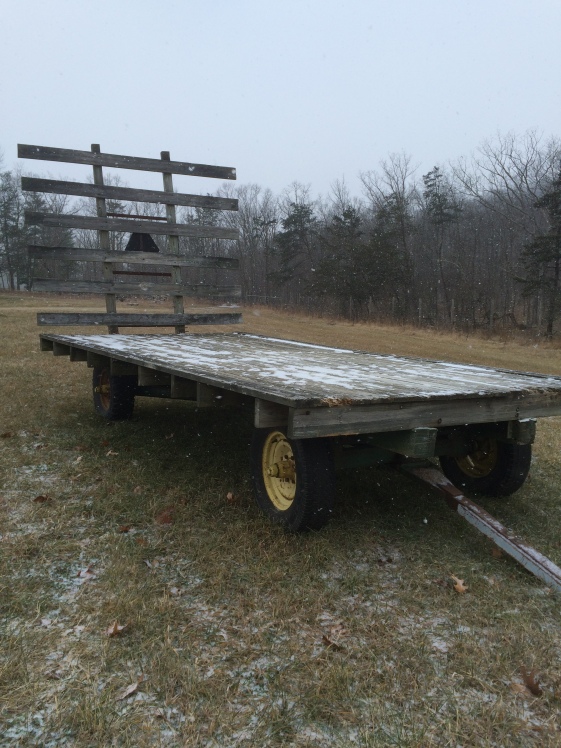 Hay wagons stand quiet and still while waiting for the next season.

Livestock on this farm have eaten Lin’s hay for over a decade.  They lick it up! 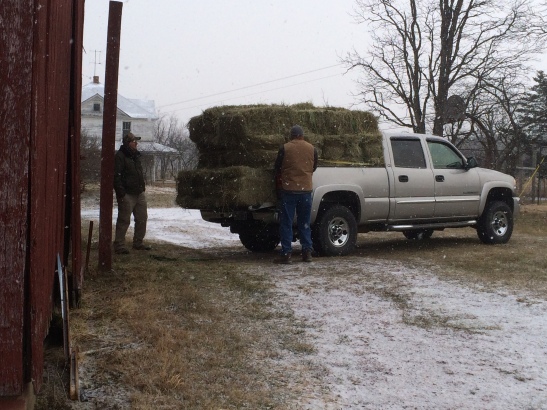 FH (Father Harry) tying down a load of hay while chatting with Lin.

A fine friendship has developed over these years.  As long as Lin keeps making hay, Blue Rock Horses & Farm will keep purchasing it. 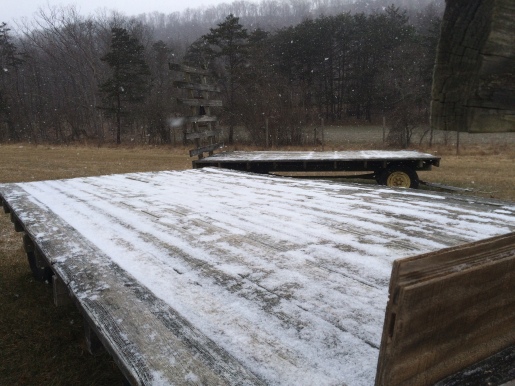 5 thoughts on “Have to Purchase Hay?”